Visa restrictions for Ghanaian and Kenyan travelers to South Africa are expected to be lifted as part of efforts to boost trade and business in Africa.

President Cyril Ramaphosa, on tour in four West African countries, told reporters in Accra on Sunday after his visit to Ghana that the pan-African vision of Ghana’s first president, Kwame Nkrumah, ” is for me that really influenced the spirit in which the discussions took place here â€.

International Relations Minister Naledi Pandor, who is part of the large traveling delegation of ministers and officials, confirmed that Kenyans will soon be able to travel to South Africa without having to go through a complicated visa procedure. The two countries set up a presidential-level commission last month to deal with visa challenges following Kenyan President Uhuru Kenyatta’s state visit to South Africa.

Home affairs officials said the same was true of Ghana, where Ramaphosa arrived for a state visit over the weekend. However, there has not been a definitive agreement on how the lifting of visa restrictions will be implemented, for example by means of electronic visas, visas on arrival or a full waiver.

“We are on the verge of finalizing visa-free access for Kenyans,” Pandor said Daily Maverick during an interview in Accra, on the sidelines of Ramaphosa’s visit. “We have now signed agreements on the return of illegal entrants, so we are now moving towards granting an electronic visa which we have tested in India and which is working quite well.”

She said agreements need to be made with Kenya on returns because people come from overseas, say Pakistan, through Dubai, then Kenya, then overland to South Africa.

“We said in Kenya: ‘you have the responsibility to stop people’, because if you are an asylum seeker, the first country they come to should be the one they stay in,” he said. she declared. â€œThey shouldn’t cross borders. There is something funny when this happens. We have now agreed that we can send [people] back if there is clear evidence that they have passed through Kenya.

The removal of visas is one aspect of the African Continental Free Trade Area (AfCFTA) agreement, which entered into force in early 2021 but is still ongoing in many ways.

The continent’s two largest economies, South Africa and Nigeria, have yet to sign the Protocol on Free Movement of Persons, which aims to establish a visa-free zone within AfCFTA countries.

Pandor said the visa issue was raised frequently, including during Ramaphosa’s tour of West Africa. He and his delegation, along with trade delegations from South Africa, also visited Nigeria and CÃ´te d’Ivoire last week.

“The big problem [that arises in our deliberations] is migration – visas – fair [for business people] be able to stay long enough to start your business, obtain licenses, etc. Â», She declared.

Business people in the rest of Africa are also complaining that the South African system is over-legislated. “There are too many regulations for them which make it very difficult [to do business in South Africa]. ”

Obtaining licenses, withdrawing money from South Africa, and dealing in foreign currencies also makes it difficult to do business here.

Countries with executive presidents also struggle to understand why South Africa is delaying signing agreements or making decisions that must first go to parliament.

On the South African side, there have been complaints that its businessmen have encountered a series of obstacles. â€œFor example, just like we have our affirmative action or our black economic empowerment, they also have their location requirements, and sometimes our businesses struggle to meet them,â€ Pandor said.

There are also problems with tax administration systems that are implemented without being supported by a regulatory instrument. “Our companies complain about the arbitrary tax bills they receive, sometimes huge ones, and which have an impact on them, because some of them are shareholder companies,” she said. “I think the distinction between private and public companies is sometimes not as sharp in some countries as it is in ours.”

Many companies are listed on the stock exchange and are governed by a board of directors and a chief executive officer, which means the government cannot tell them how to react.

â€œWe have had cases where CEOs of certain companies have come into my office because their staff had been arrested because they hadn’t paid a VAT invoice or something like that, but they had paid it and one office did not notify the other, â€she said. . “It’s a pretty scary thing.”

Ramaphosa was applauded Sunday when he told the Ghana-South Africa Business Forum at the Kempinski Hotel Gold Coast City that “Africa has moved away from too much political involvement, where politicians are pointing their finger in assigning and executing projects and they put their dirty fingers in all the deals â€.

Ramaphosa said he had discussed this with Ghanaian President Nana Akufo-Addo, and they agreed that a way should be found “to evolve a good value system at the business level as well, which we can adhere to across our board. continent â€.

Ramaphosa also spoke about correcting trade imbalances, which are often in South Africa’s favor, but Akufo-Addo said at the same forum that the trade imbalance is not as urgent as increasing intra-trade. Africa, which currently only accounts for 16% of the continent’s combined GDP, compared to around 70% for Europe.

â€œWe obviously have to pay attention to the problems of trade imbalances between our two countries,â€ he said, â€œbut for me the most important thing is that trade continues. Ultimately, the imbalances will correct themselves- even if they were wrong, but the main thing is the willingness to find out from each other where we can profit, because it is important that we profit from it. “

He said it is “the level of solidarity and trust between us that will help us be successful in what we do”.

Akufo-Addo was recently named African of the Year by Forbes because it “has repositioned the country on the world market as a country dependent on its own resources and its strength”.

In 2020, the volume of trade between the two countries reached just over R14 billion, with South African exports to Ghana dominated by industrial products, while South African imports largely include minerals. and unfinished products.

There are over 200 South African companies registered in Ghana, employing nearly 20,000 Ghanaians and around 500 expatriates. DM

Carien du Plessis is one of a group of nine media representatives from South Africa traveling with President Cyril Ramaphosa to report on his visit.

Next After a year of freedom, why are my brothers still inside? 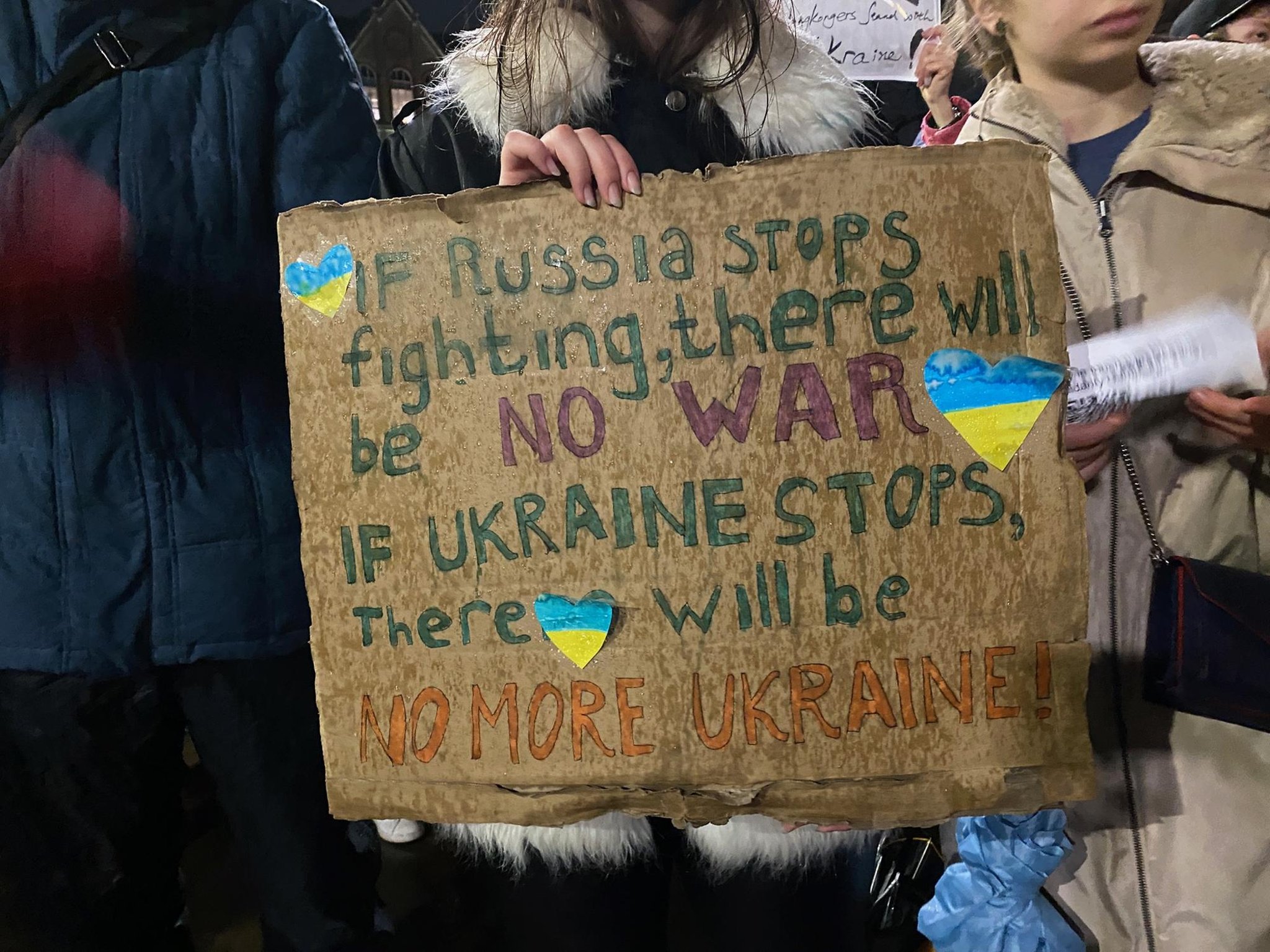 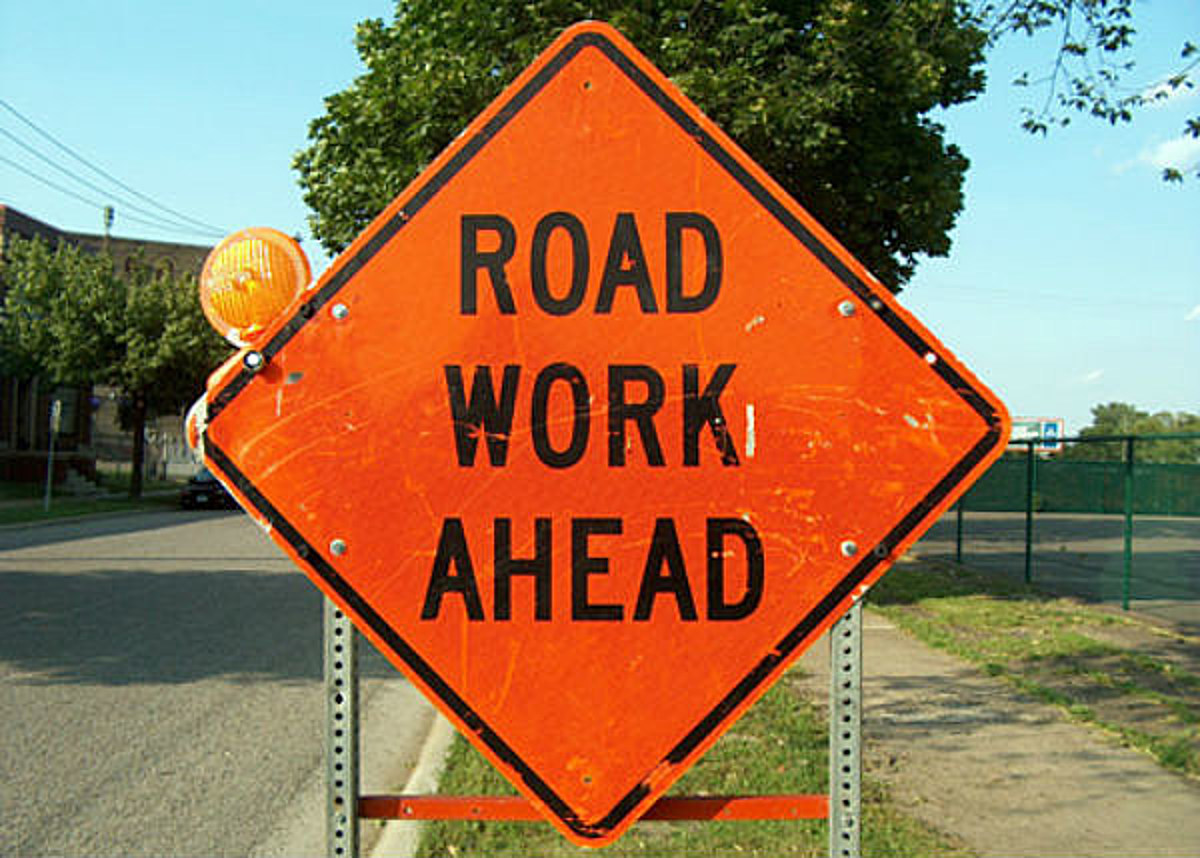 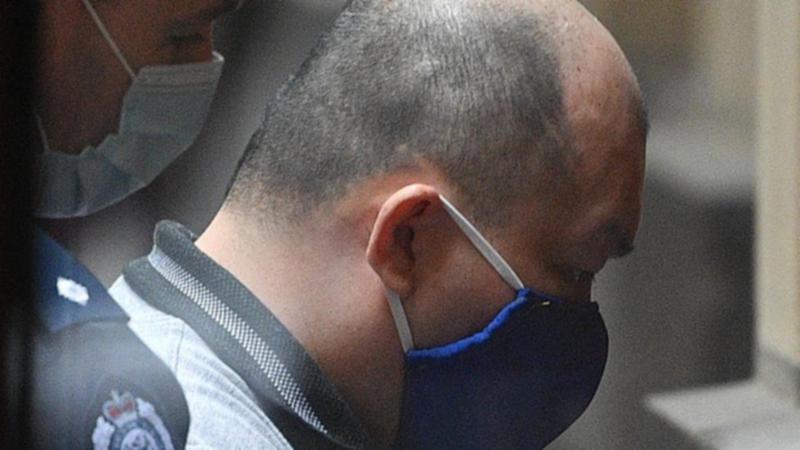 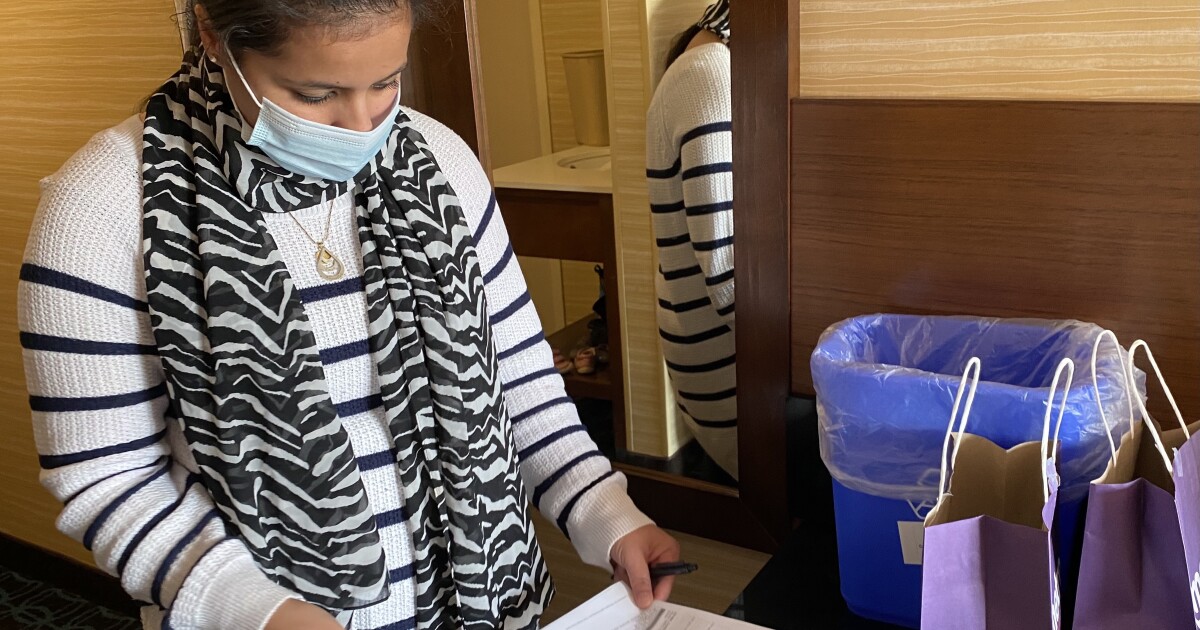 New rules would put Djokovic at risk of missing Roland-Garros 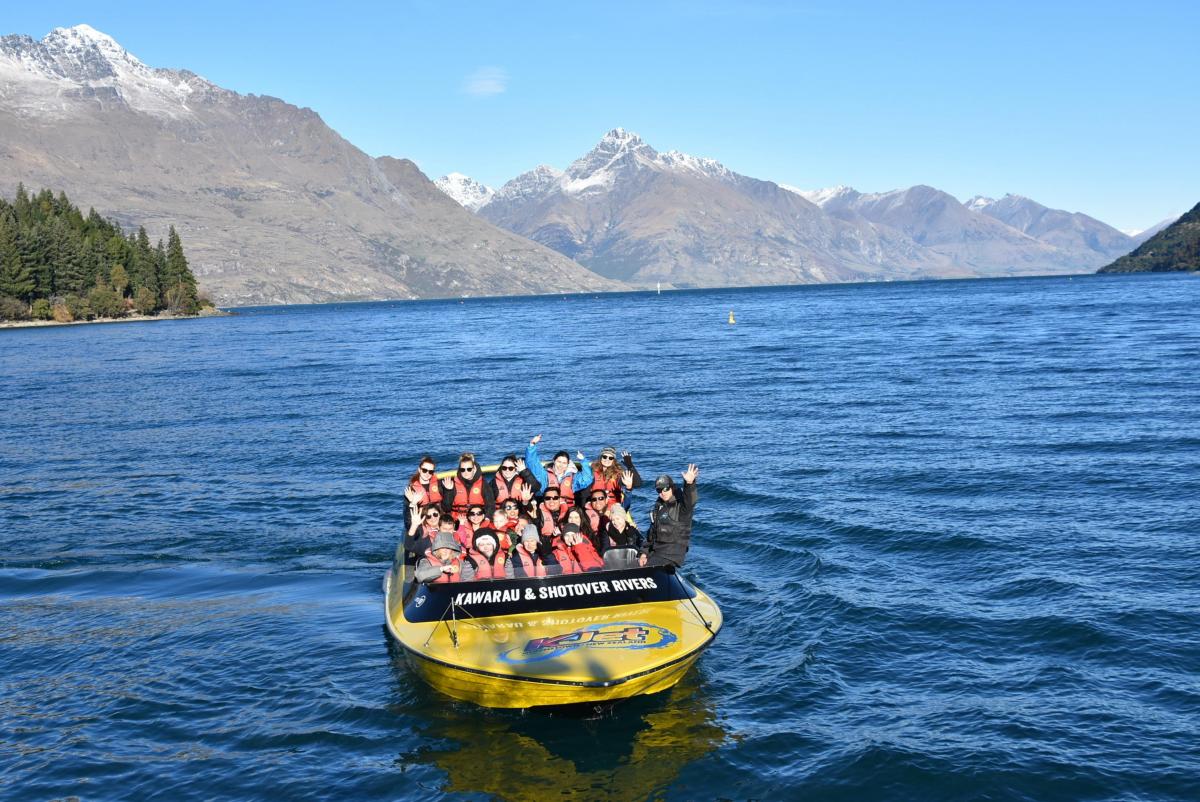 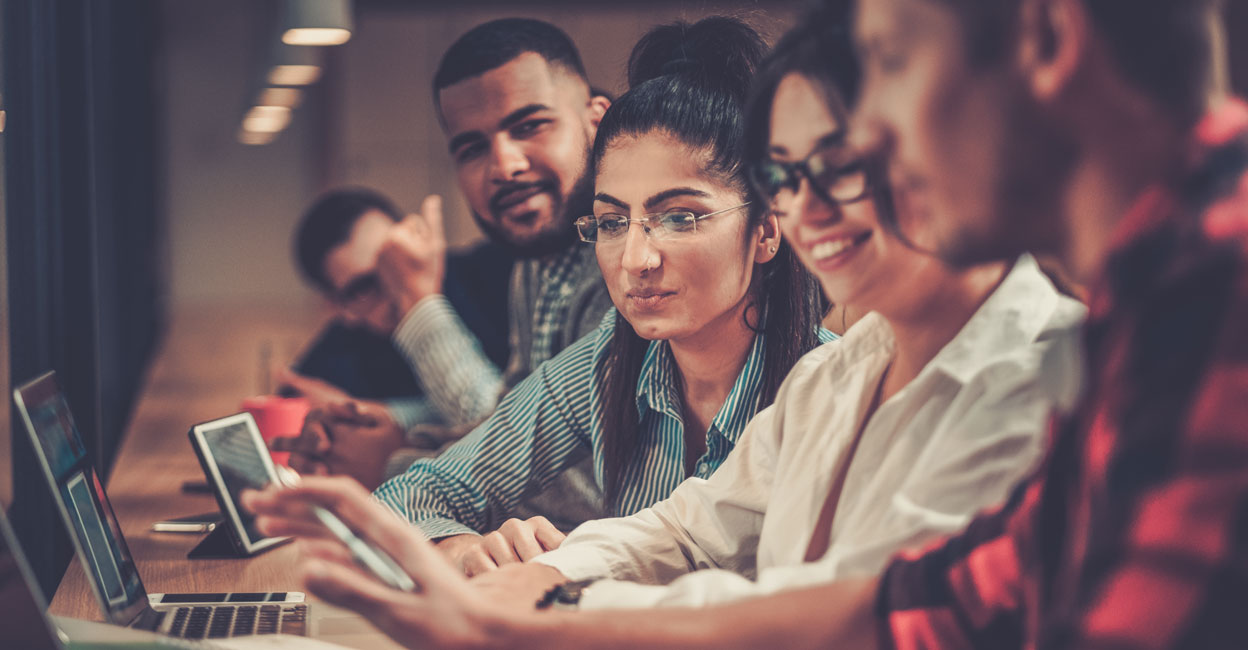