“It’s raining outside,” North Dakota District Court Chief Judge Peter Welte told 38 people who had gathered in an auditorium on campus to be sworn in as US citizens.

So Welt smiled. “But the sun is shining here today,” he said. Indeed, for even UND President Andrew Armacost himself had tears in his eyes, given the pride of the 4th of July on the occasion of the Claimants and their many family members and friends.

Alongside these family members and friends, the Gorecki Alumni Center quickly filled on September 16 with dozens of UND administrators and interested spectators who came to watch the first naturalization ceremony to be held on the UND campus for about 15 years. It was the high point of a day devoted to the American Constitution and the new citizens who take the oath to it.

The ceremony was presided over by Alice R. Senechal, Magistrate Judge of the United States District Court for the District of North Dakota. Welte made remarks and administered the oath of citizenship.

“By virtue of my position as Chief Judge of the United States District Court for the District of North Dakota, I have the privilege of participating in several ceremonies. There are not any – nothing – it is a greater privilege to be allowed to administer the oath of citizenship to this great country,” Welte said.

“To you 38 from 11 different countries, thank you. It is an honor with which I am humbled.

After the UND Choir sang the national anthem, the ceremony took place during the opening of the high court, with the traditional call to order:

Senechal noted that Armacost, on stage before the attendees, requested that the ceremony be held at UND on Friday in recognition of Constitution Day, also known as Citizenship Day. The day commemorates the signing of the US Constitution in Philadelphia on September 17, 1787 and celebrates those who have become naturalized US citizens.

In her role as presiding judge, Sénéchal asked each individual participating in the ceremony to stand when she called out the name of her native country. She repeated the process with the names of the towns in North Dakota where the future new citizens reside. She expressed her delight when she came to see the citizen candidates who were serving in the US military:

“I am always impressed when people who are not yet citizens choose to serve in our armed forces,” she said. “Thank you for your service.”

In his remarks, Welte said the nation is at a tipping point and cited polls that show many Americans disapprove of the legislative and executive branches of the federal government. The judiciary, he continued, is also not immune to criticism. Trust in the “fourth estate,” the national media, has also eroded, Welte said, and many Americans doubt the truth of what they read in the newspapers and watch on television news.

Welte said he doesn’t have good answers for new citizens, but he sees in them hope, enthusiasm and a unique understanding of what it means to be an American citizen.

He called on citizen candidates, moments away from crossing the finish line in their marathon journey to citizenship, to seek truth and practice civility in their lives.

“Through your efforts and your leadership, we will contribute to a better nation. We will improve this nation that began as, and remains, a nation of hope and opportunity. A nation that, despite its flaws, remains the greatest nation in the world.

Applause thundered in the auditorium as Welte, after granting a motion to accept the candidates as citizens, took the oath of citizenship and welcomed the new citizens.

Standing behind the podium, Armacost was not disappointed when he called for another round of applause for the country’s newest citizens. He said taking the oath of citizenship goes beyond taking an oath of allegiance in front of a judge and reading words on a page. The oath involves swearing allegiance to the ideals set forth in the United States Constitution and to the principles of liberty.

“And that’s what you did today,” Armacost said, his voice cracking. “It makes us all very, very proud to welcome you as citizens.”

Following a recorded video message from President Joe Biden, Senechal led the new citizens and participants in the Pledge of Allegiance. Before the applause rang out again in the alumni center, she spoke the words the new citizens had been waiting to hear:

“You are now citizens of the United States of America with full rights and responsibilities. Congratulations again.

The room was all smiles after the new Americans received their citizenship documents. They took pictures with Armacost, Senechal and Welte in front of the American flag. Many selfies were also taken that morning, as well as photos with family members and friends.

Dimitri Dimitrov and Nadejda Dimitrova of Moldova made the long drive to the ceremony from Oakes, ND, which is west of Wahpeton. For them, the ceremony marked the beginning of their new life as citizens.

“I’m so happy, so happy to be an American citizen!” exclaimed Nadezhda Dimitrova.

A lesson in citizenship

The presentation was given by Amber Vasek, UND graduate and Community Relations Specialist for United States Citizenship and Immigration Services. “I’ve been in the immigration service for 17 years,” said Vasek, who delivered his presentation remotely from Denver via online conferencing technology.

“And it’s been one of the most rewarding careers. I never thought I’d be able to interact with people from all over the world and from all these multiple cultures – people who come in and really enrich our lives. and the things we do here in the United States.

Additionally, “one of my favorite things about my job is the naturalization ceremony, which you may have seen on the UND campus earlier today.” And knowing that many of his audience would hope to one day participate in such a ceremony, Vasek began his presentation.

First, she described the history and role of her agency – US Citizenship & Immigration Services. Then she went into great detail about the process of becoming a citizen, pausing whenever she was asked to answer questions ranging from how long it takes to decide if someone can get an employment-based visa, whether a citizenship applicant should submit their social media account(s) for review.

(“No, you don’t,” Vasek replied to that last question. “However, if you’re applying as a married couple, and if the questions and answers really don’t line up, we might ask for access to social media to make sure we could check marital status or that sort of thing.”)

About 25 people attended Vasek’s presentation in person at the Memorial Union, and about 30 more watched online.

Next Akbartravels.com joins Dubai DET to ensure Dubai has 25 million visitors by 2025

Jamaican investors urged to apply for US E2 visas

80% of European travelers plan to go on holiday in Europe this summer, study reveals 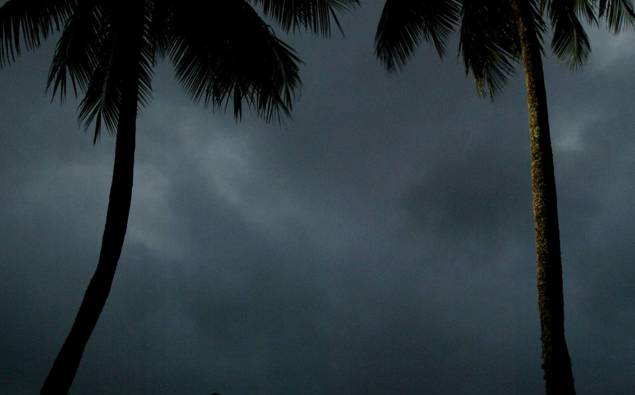